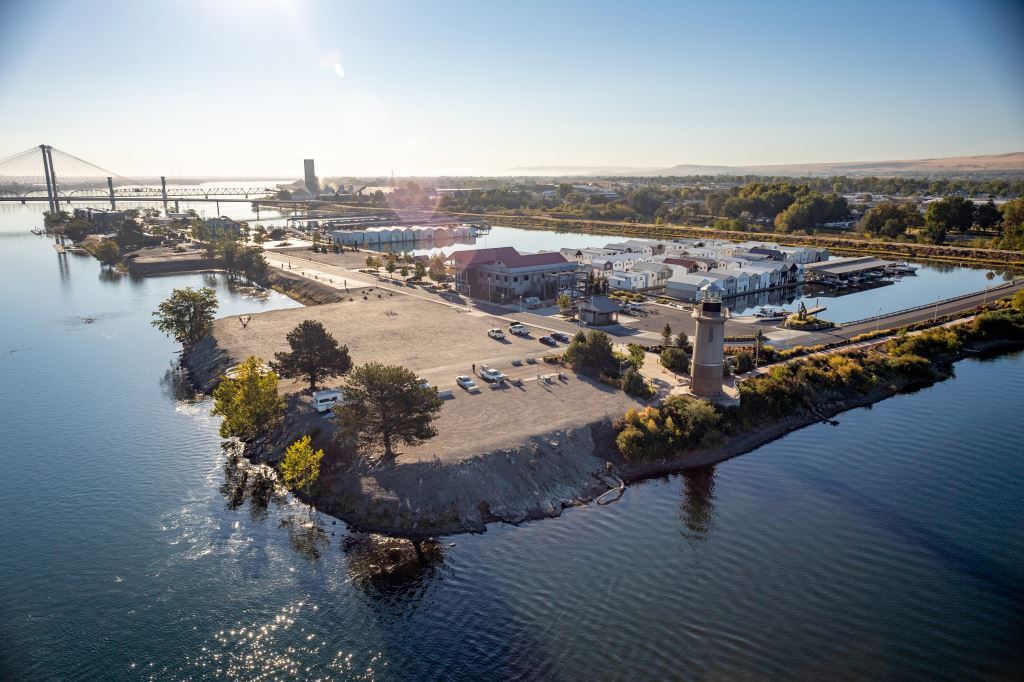 The Corps and its partner, the Port of Kennewick, have been engaged since 2015 in developing aquatic and riparian habitat along the north shore of Clover Island, a 16-acre man-made island located on the Columbia River in Kennewick, Washington.

As the riparian vegetation grows, it is expected to attract food sources (insects) for juvenile salmon to feed, and to provide shade that cools water temperatures along the north shoreline where juvenile salmon will rest and feed as they migrate to the ocean.

“Scheduled for construction under this contract are the creation of a shallow water bench for the benefit of out-migrating juvenile salmon; development of riparian and emergent wetland habitat also for the benefit of salmon as well as other birds, wildlife, and aquatic species; and the construction of recreation features for public access,” said Rebecca Kalamasz, the project manager for the Corps.

“It is great to work on a project that provides benefits to the environment and also improves the quality of life in the local area, and now that the planning and design phases are completed, and we have the funds available, this ecosystem restoration project will move into the construction phase this fall,” she said.

The project is cost-shared between the Corps and the Port of Kennewick, with funding also contributed by the City of Kennewick, Benton County, and a grant from the state of Washington.

Tana Bader-Inglima, Deputy CEO of the Port of Kennewick, said, “Together with the U.S. Army Corps of Engineers we are working to restore Clover Island’s northern shoreline and extend the Riverwalk trail. This is a great project that will create a living shoreline, enhance the habitat for fish, expand recreation, and improve economic opportunities on Kennewick’s historic waterfront.”