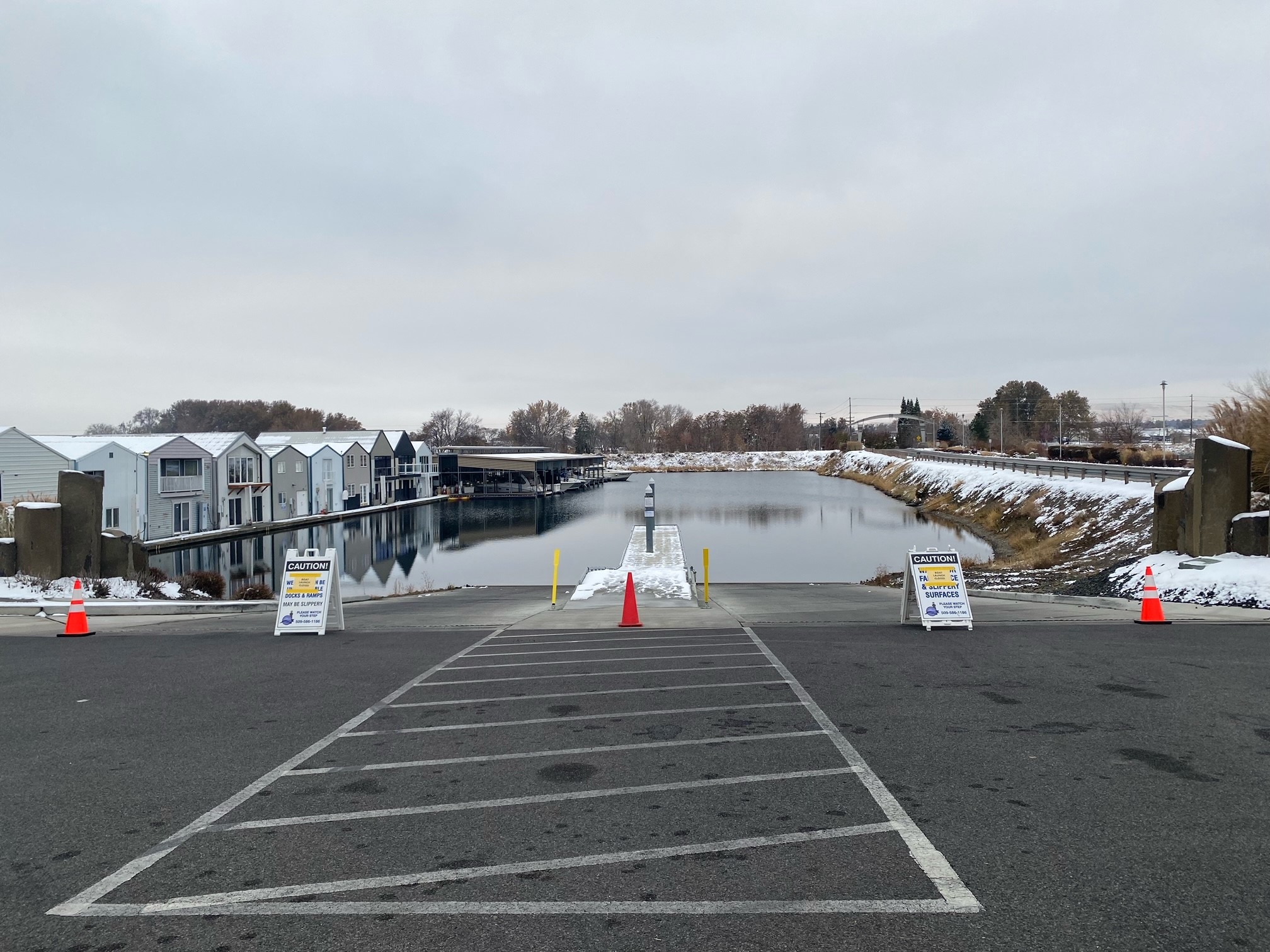 Kennewick, Wash.– The Clover Island Boat Launch is closed until further notice. The public launch, owned by the Port of Kennewick and located on Clover Island in east Kennewick, was closed at the direction of the Department of Ecology. The action was taken to allow time for removal and clean up of debris resulting from a December 7, 2022, fire within the Clover Island Yacht Club’s boat house moorage.

The Clover Island Boat Launch will remain closed until clearance is received from Department of Ecology, which was onsite following the fire. Responders placed floating booms within the marina to capture any materials, chemicals or spilled fuel.

Port of Kennewick CEO Tim Arntzen praised the emergency response by the agencies involved and gave kudo to the port’s temporary maintenance worker, Ricardo Garza, who first noticed the fire and called 911.

Arntzen said, “I want to recognize the outstanding efforts of the many first responders involved with the early morning fire at the Clover Island Yacht Club Marina. The amount of interagency cooperation in responding to and containing the fire was impressive. From the dispatchers who took the 911 call to the Kennewick Fire Department and Kennewick Police Department to the prompt support from Richland Fire Department, Pasco Fire Department, and Benton County Sheriff’s Office – they moved quickly to choreograph an incredibly complex fire suppression response.

“And it was heartening to know that our emergency service agencies have trained and have protocols in place to respond to marina fires – which by their nature are complex and hard to contain given the limited access from land, the close proximity of neighboring structures, and the additional potential danger from fuel onboard the boats within those structures. I witnessed a staggering number of responders working shoulder-to-shoulder and bringing all manners of tools and equipment to bear in fighting that fire. Indeed, having those many agencies working together to battle that blaze was critical in minimizing damage and further loss.”

Arntzen added, “I am also pleased with the actions of the Port of Kennewick’s maintenance personnel who first noticed the fire, called 911, advised the Yacht Club, and deployed the port’s spill response equipment to assist Department of Ecology with containment.”

Port of Kennewick is an economic development entity focused on developing assets to create sustainable family-wage jobs, build infrastructure and user-friendly transportation systems and enhance the quality of life within the port district.