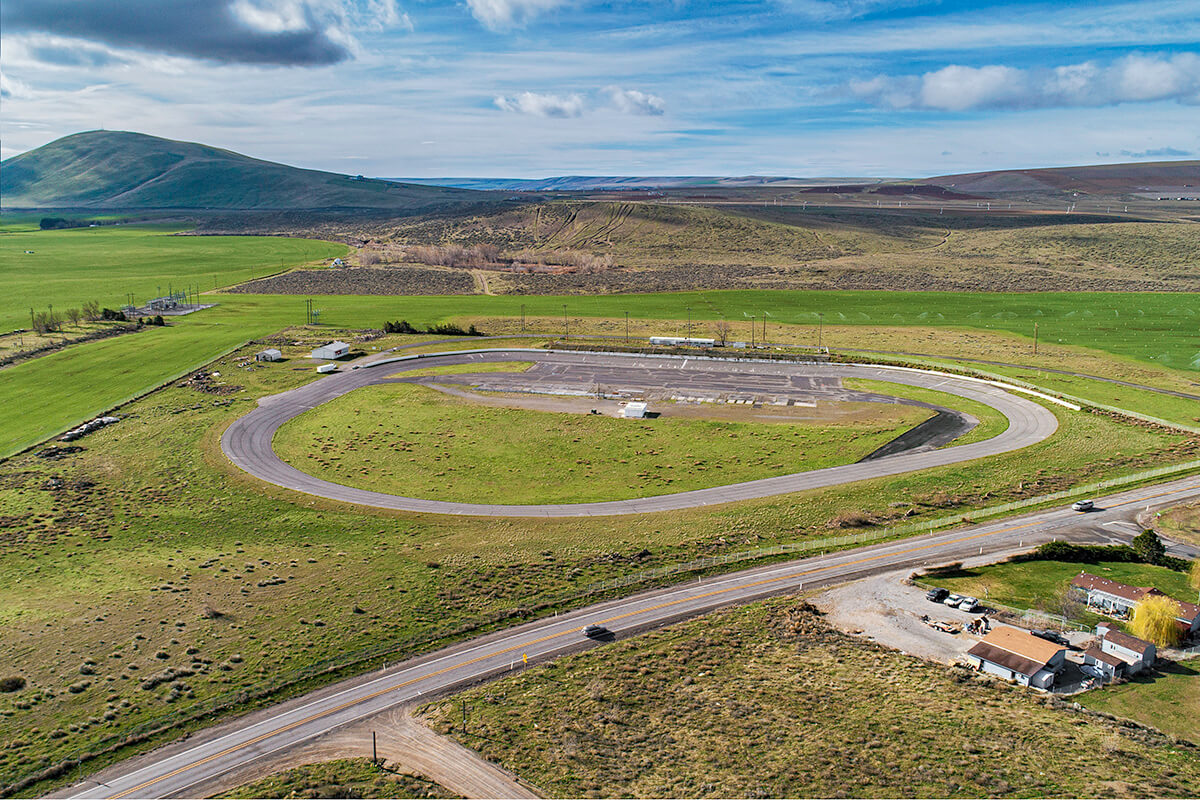 The Port of Kennewick’s West Richland Industrial Park is nearly 93 acres at the southwest intersection of Keene Road and State Route 224 with 45 acres currently leased as farmland. Port of Kennewick has been working on economic development projects in the City of West Richland since 1954, when an overwhelming citizen vote expanded the Port district to include the eastern-half of Benton County.

The Port adopted the site’s master plan in 2017. That plan identified a phased transformation of the land into larger parcels for light industrial uses like wine production facilities, barrel storage, or other services in support of the nearby Red Mountain viticultural area.

This projection provides adequate time for a maturing of economic conditions to support project sustainability and to follow completion of the Red Mountain interchange off Interstate 82. This interchange will provide direct access to the City of West Richland and Red Mountain AVA, opening access to the site.

Once fully developed, there is the potential for more than 1,000 jobs and about $77 million in private investment to be added to the City of West Richland’s tax base.

The master plan identifies the property as a long-term hold as economic conditions in the area mature.

The Port has worked through many of the site challenges. In recent years, the Port teamed with the City of West Richland to annex the property into the West Richland urban growth area. Port staff also worked to extinguish deed restrictions from that site, and are now working to leverage financing, and identify a market-facing development schedule.

There are still a few remaining issues such as frontage road access and the installation of the infrastructure needed to bring water and sewer to the property that prevents full and efficient future site development.

The Port will continue working with the City to establish a thoughtful, strategic, and collaborative development approach at both this site and when exploring future opportunities to bring additional benefit to West Richland and Port district taxpayers.